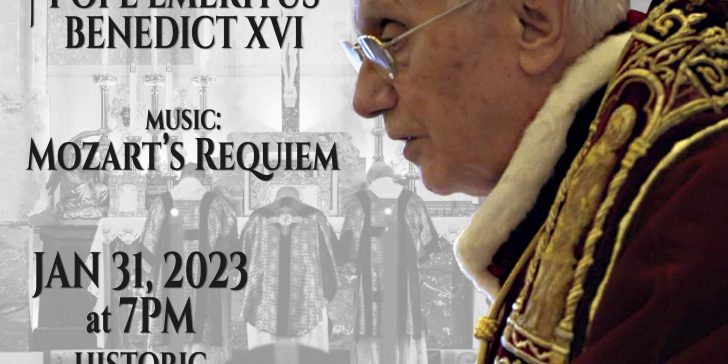 It has just recently been announced that on Tuesday, January 31, 2023, a Solemn Requiem Mass for Pope Benedict XVI will be offered at St Rocco’s at 7pm.

The musical setting for the Mass will be Mozart’s Requiem. This will be a true feast for the ears!

It can be said that there’s already interest on the part of some non-Catholics and unfamiliar Catholics to go to this celebration of the Holy Sacrifice. If you’ve ever wanted to invite someone to the Traditional Latin Mass, this might just be the correct introduction for them. 1 thought on “A Solemn Requiem for the Pope”