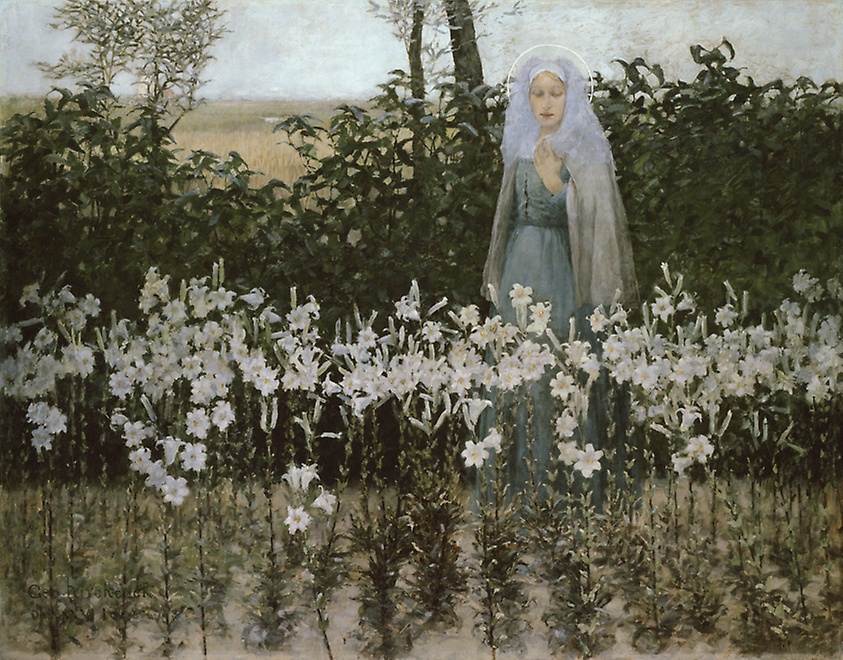 An unfortunate Tweet from a Friend was sent to Cleveland TLM Friends today. Our Friend stated that a local, Novus Ordo parish issued a letter to parishioners. The letter stated that Holy Communion on the tongue would be denied, apparently as the parish re-opens in the midst of coronavirus hysteria. And this letter is not the only sed contra against this scandalous impiety offending the ears of the Faithful. While its not ordinarily within the scope of Cleveland TLM Friends to offer any commentary on the Novus Ordo Mass and/or its rubrics, justice and charity [to Our Lord] affords it this one time. The General Instruction of the Roman Missal (GIRM) states in No. 160:

When receiving Holy Communion, the communicant bows his or her head before the Sacrament as a gesture of reverence and receives the Body of the Lord from the minister. The consecrated host may be received either on the tongue or in the hand, at the discretion of each communicant. When Holy Communion is received under both kinds, the sign of reverence is also made before receiving the Precious Blood.

Ultimately, Cleveland TLM Friends does not recommend mitigating, or even battling new ideas like this. We advocate that those who find liturgical abuse too much to tolerate anymore simply make their way to our TLM Finder and experience The Most Beautiful Thing This Side of Heaven, where there is never abuse, always Communion on the tongue, and the freedom to express your Holy, Catholic and Apostolic Faith. The weeds will wither away as the lilies grow in the field without much difficulty.