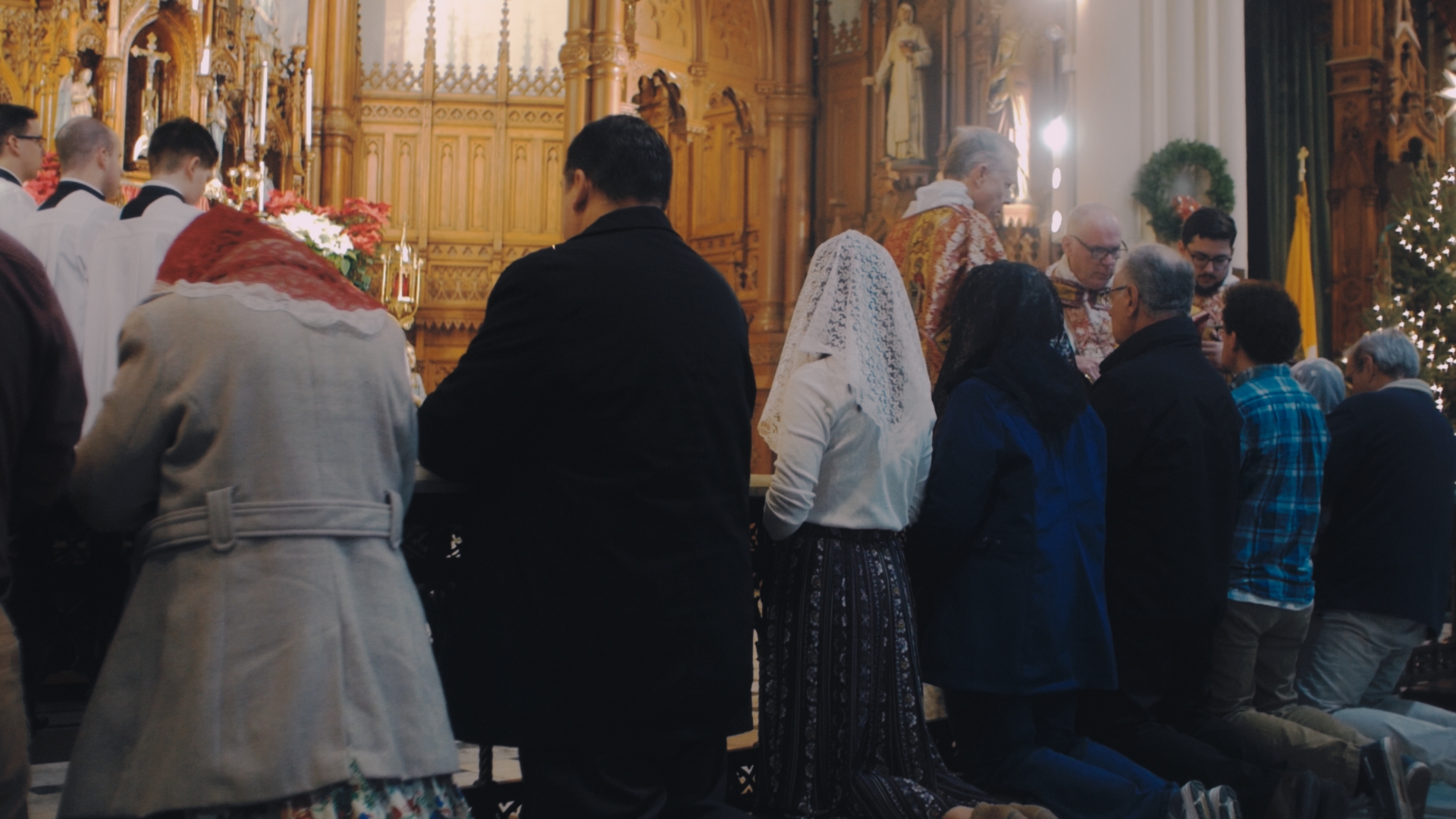 The calendar was designed for ease of use on mobile devices. It’s vertical, streamlined and clutter-free. The calendar shows every Latin Mass that will be celebrated in the diocese, including times and locations for the feasts of the Immaculate Conception (Dec 8), Christmas Eve, Christmas Day and the Octave of Christmas (New Year’s Day, feast of the Circumcision).

Make special note of the rorate Masses on Dec 11 at St. Paul and Mary Queen of Peace and Dec 21 at St. Stephen. It’s possible there may be some additional rorate Masses, but those are not scheduled or confirmed at the time of this publication.

This calendar is a one-time publication. It was a lot of work to do and very tedious at that. If anyone is interested in continuing a publication of a monthly calendar like this, contact Cleveland TLM Friends to discuss it.

The December calendar should print nicely, if anyone is interested in making paper copies. You are encouraged to forward this digitally to anyone else. Parishes and/or pastors were consulted to ensure that the information on here was correct and accurate. I did the best I could to make sure everything was listed according to the information I received. Believe me, there was great hesitancy to even tackle a project like this, because the information is not easy to come by or keep track of. Even in the digital age, it’s not what one would think. You can of course comment below; but the file is finished and will probably not be updated. Corrections and updates will be added to the top of this post.

I just want to take the opportunity here to address a concerning idea going around. I say this as a layperson observing the situation, having no authority in any matter.

It seems to me that a misconception is being adopted based on interpretations of tasks given to the TLM priests by the bishop. The sequence might look something like this:

I don’t think anything could be more harmful or divisive. But it’s understandable how one might arrive at this conclusion, especially given the confusion with how the information about the meeting was originally released. This interpretation could naturally lead someone to believe there is a competition now among parishes.

I have heard or read comments from priests who were in that meeting. Each has said that we can expect a reduction, that the number 3 was suggested, and that they have been tasked with making a proposal to the bishop sometime after Easter. Bishop Malesic wants to be faithful to the Holy Father and at the same time care for the flock entrusted to him. He has asked our priests for a recommendation.

Fr. John Valenchek, pastor of St. Sebastian, recently sent a letter to the St. Sebastian mailing list and gave his report of the meeting. Father says the bishop is open to the idea of bringing a religious order to Cleveland, or establishing a TLM oratory, or even ***continuing in much the same fashion as we currently are***. Now that’s news!

Fr. Kevin Estabrook, pastor of St. Ignatius of Antioch, was recently asked point blank about the idea of a reduction to 3 parishes being set in stone. His response was “No.”

This is not the time for whipping up a competitive spirit between Latin Mass host parishes or priests. It’s a time for becoming even more vigilant and united in fighting back against the tyranny of Traditionis Custodes, its directives, and especially its lies. Moreover, in this diocese there are about 500,000 Catholics who don’t go to any Mass on Sunday. Hopefully the Diocese of Cleveland will be encouraged to evaluate that problem and find solutions, rather than participate in a manufactured crisis over people who actually go to Mass.