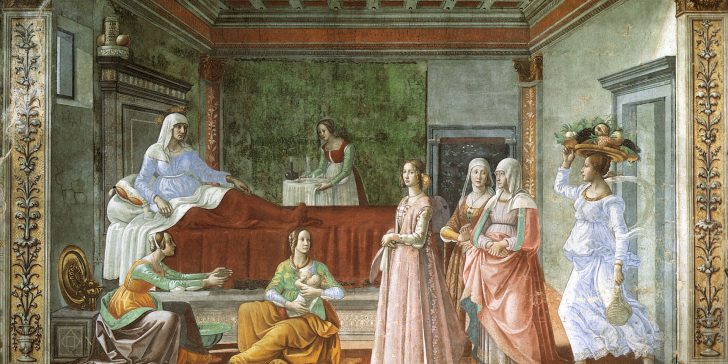 Unless the power grid has recently been hit in your locality, chances are you are fully aware that the federal sanctioning of infanticide has been overturned after some 50 years of societal destruction.

On the Feast of the Sacred Heart of Jesus, consequences of the 2016 presidential election of Donald Trump were realized. His appointments to the Supreme Court, confirmed by Cocaine Mitch’s Republican senate, were absolutely pivotal and essential to reversing Roe v. Wade. President Trump even predicted this in a 2016 debate with Hillary Clinton:

“Mr. Trump, you’re pro-life. But I want to ask you specifically, do you want the Court, including the justices that you will name, to overturn Roe v. Wade, which includes — in fact, states — a woman’s right to abortion?” moderator Chris Wallace asked.

“Well, if that would happen, because I am pro-life and I will be appointing pro-life judges, I would think that that will go back to the individual states,” Trump responded.

“Do you want to see the Court overturn Roe v. Wade?” pressed Wallace.

“Well, if we put another two or perhaps three justices on, that will happen, and that’ll happen automatically, in my opinion, because I am putting pro-life justices on the Court,” Trump responded. “I will say this: it will go back to the states, and the states will then make a determination.”

After the news broke on Friday, 45 was asked about it. President Trump said:

“God made the decision.”

To that we say, AMEN! and we give thanks.

A Way for Us to Give Thanks

Over the weekend, an email was sent in from a Friend with an idea for how we could publicly give thanks for the overturning of Roe v Wade.

It wouldn’t hurt to encourage the Friends of the Latin Mass group to start sending up Te Deums in thanksgiving for the overturning of Roe.  Wouldn’t it be lovely if they were sung after every mass this weekend, too?

As this is being posted on a Sunday morning, it may be difficult to organize it for the weekend Masses, but this act of thanksgiving isn’t isolated to one particular weekend anyway. And it doesn’t just have to be done inside a church after Mass.

Obviously, no shortage of outrage came from those on the left regarding this overturning. The responses were so typical and predictable, except for Bette Midler. On Twitter she wrote:

The three #Trump #SCOTUS appointees all lied to Congress and to the American people during their confirmation hearings, when they all stated that #ROEVWADE was settled law. They are all radical traditionalist Catholics and are shoving America ever further to the right.

Unless Pope Francis hacked in and is ghostwriting under Ms. Midler’s handle, this is further evidence that traditional Catholicism is growing and legitimately making an impact on society. Of course, the SCOTUS justices are not all trads; actually, I don’t think any of the three she is referring to are traditional Catholics. But that’s not the point. Bette here is making a distinction between two camps: the Joe Biden-Nancy Pelosi catholics, and Catholics, and she’s using the word traditionalist.

It would seem we may be entering into a new phase of purification. Thank God for that. Clarity is a beautiful thing.

2 thoughts on “Giving Thanks”