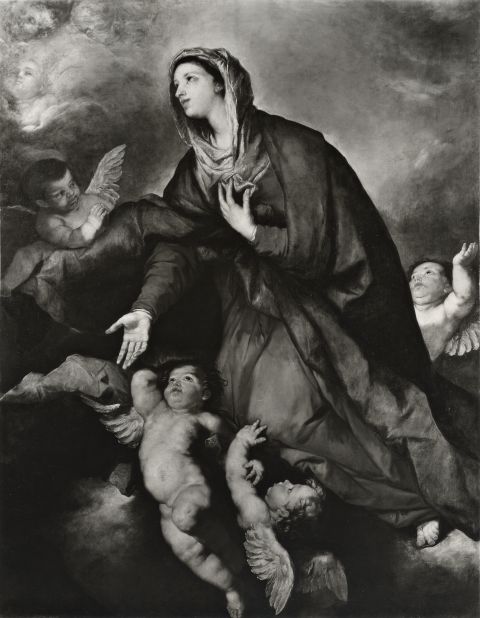 The month of November is dedicated to the souls in purgatory. Those souls can do nothing to hasten their time of purification; they can merit nothing for themselves. They are completely dependent on the charity of the Church Militant, on the Communion of Saints.

In 1885, Pope Leo XIII and the Sacred Congregation of Indulgences taught:

“The Heroic Act of Charity in favor of the souls detained in purgatory consists in this, that a member of the Church militant, either using a set formula or simply by an act of his will, offers to God for the souls in purgatory all the satisfactory works which he will perform during his lifetime, and also all the suffrages which may accrue to him after his death. Many Christians devoted to the Blessed Virgin Mary, acting on the advice of the Theatine Regular Cleric Father Gaspar Olider, of blessed memory, make it a practice to deposit the said merits and suffrages as it were into the hands of the Blessed Virgin that she may distribute these favors to the souls in purgatory according to her own merciful pleasure.”

Yes; to Jesus through Mary is probably the best way.

You Get What You Give

“…and with what measure you mete, it shall be measured to you again.” The Gospel of St. Matthew, 7:2.

Fr. John Francesco Maria Lim explains how, even though it may seem that we are giving away all the capital we may have gained, we might actually increase the value of those meritorious acts for ourselves, even has they are applied to the souls in purgatory.

Those who do this act should then serve all the punishment due to their faults in Purgatory. But there is something to be gained in this. To an ignorant person it seems useless, even harmful, to give his money to the bank; yet this is a good means not only to preserve capital, but also to increase it. The same happens in the spiritual order. Their own merits are put into the hands of God and of Our Lady for the benefit of the souls in purgatory and their merits of eternal glory are increased, because they are supported by charity. It is commonly believed that those who make the Heroic Act, have little time in Purgatory, in the hope that the Lord will use their mercy towards the souls in purgatory. It is based on the words of Jesus: “with the measure, with which you have measured others, it will be measured back also to you! … Give one and you will receive a hundred!”

It should be noted that this Act is not a vow, and it is revocable at any time.

His Holiness, Leo XIII, Jan. 17, 1888, granted to the faithful who shall perform some pious practice for the relief of the Souls in Purgatory, every day during the whole month of November, whether in public or in private, an indulgence of seven years and as many quarantines on each day of the month; a plenary indulgence, once during the same month, on any day of the month, on the usual conditions: confession and communion, and a visit to a church or public oratory, and there praying for the intention of the Sovereign Pontiff.

The “seven year indulgence” probably translates to a partial today.

Priests who make the Act receive the personal privilege of gaining a plenary indulgence for a soul of their choice each time they say Mass. Laymen gain a similar indulgence each time they receive Holy Communion, also each Monday they hear Mass for the departed; in both cases the usual visit to a church and prayers for the intention of the pope are required.

No special formula is required to issue this Act; it can also be done mentally. But here’s a good prayer you can say that is quite beautifully written:

O MY GOD! for Thy greater glory, and to imitate as closely as possible the generous Heart of Jesus, my Redeemer, and also to testify my devotion to the Blessed Virgin Mary, my Mother, who is also the Mother of the Souls in Purgatory, I place in Her hands all my satisfactory works, as well as the fruit of all those which may be offered for my intention after my death, that She may apply them to the Souls in Purgatory according to Her wisdom and good pleasure. Amen.