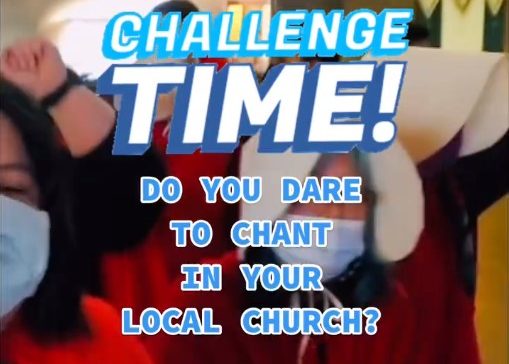 A Tik-Tok video surfaced across social media that encourages death-cult members to invade Catholic Churches on Sunday, May 8, 2022, in protest of the leaked SCOTUS opinion, which at this stage indicates a majority opinion to overturn Roe v Wade. The pro-aborts’ assignment appears to be to gather at or in Catholic churches and parade around while chanting in favor of killing children. We can reasonably assume obscenities will take up a large part of their limited verbal repertoire.

Friends, we have every reason to believe things could get even more dangerous in the near future. Whether or not this particular event happens here in Cleveland this time….that’s largely immaterial. The temper tantrum of generations of unspanked, mal-educated kids now grown up is very real, and we have the recent summer of peace and love to verify its disgusting existence. Protect your children, this weekend and at all times. Take no chances and be prepared for any possible situation. But rest assured that this is all a diabolical response to active Faith.

If your church doesn’t have a plan or protocols in place for dealing with these sorts of problems, then perhaps now is the time to do that.

Whether you’re a “Catholic for Choice”, ex-Catholic, of other or no faith, recognize that six extremist Catholics set out to overturn Roe. Stand at or in a local Catholic Church Sun May 8. #WarOnWomen #MothersDayStrike pic.twitter.com/v2vtpd12Gp