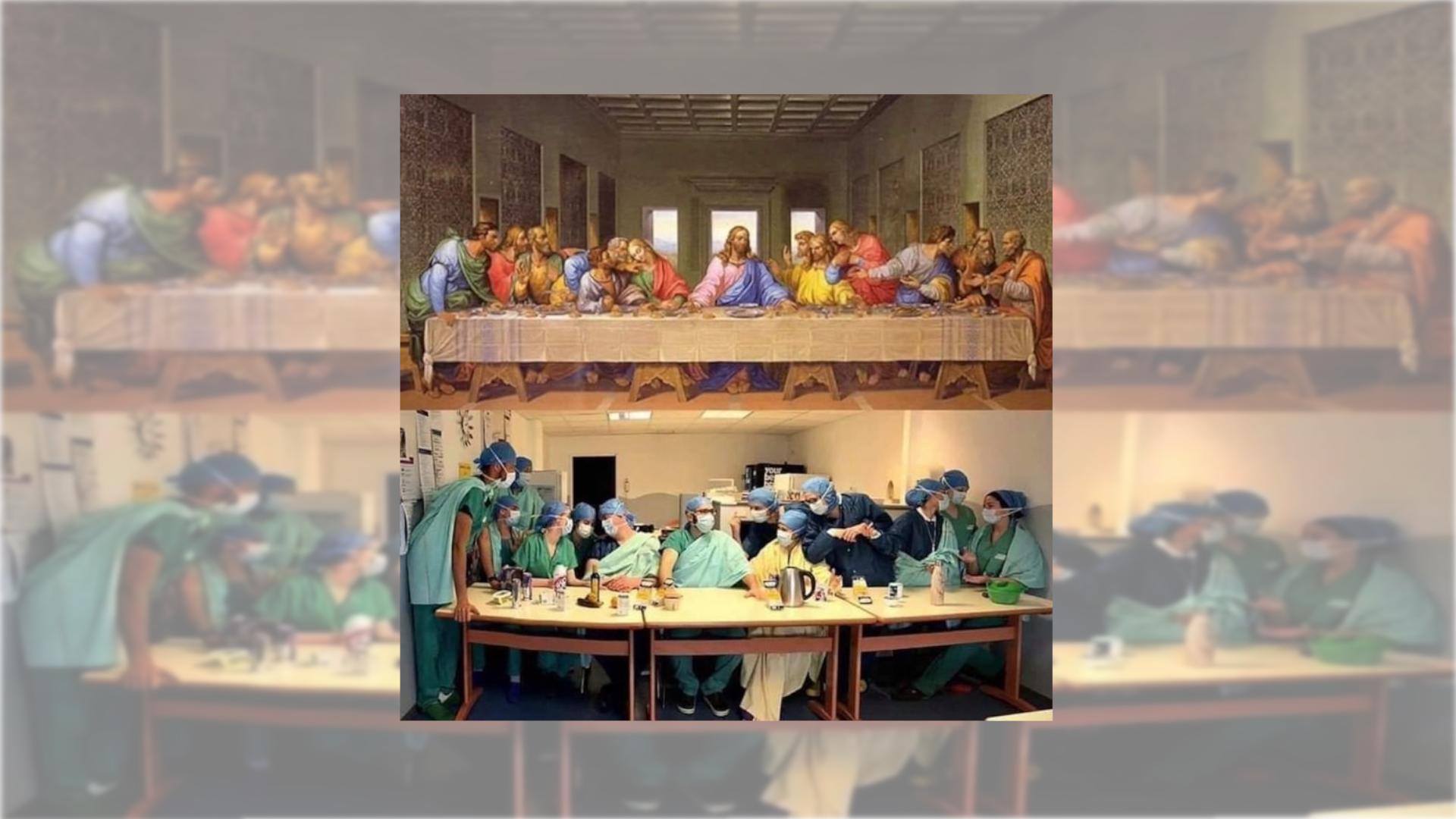 If imitation is the highest form of flattery, then what are we to make of healthcare workers posing for their own Last Supper? I came across the above photo on the internet today. In atypical fashion, I’ll choose to withhold judgment and give them the benefit of the doubt that it was an actual attempt at art and not religious mockery. They certainly seem to have put in the effort to position themselves in a relatively faithful form to Da Vinci’s masterpiece, and that has to be worth some points.

But the thing that I find most curious is this sudden influx of nurses and doctors posing in trendy photos and videos. To have the time to tend to frontlines, the likes of which we haven’t seen since World War II, and then also produce such splendid imagery for our quarantined consumption….its utterly amazing. Or is it?

Practically speaking, honestly, I’m not too bothered by the photo-op. It may even be more of an attempt at recreating a scene from the 1970 movie, MASH. Yes, there was a movie before the television show, for you youngsters. And a book before that. But this all begs the question: heroic enough to portray Mohammed?