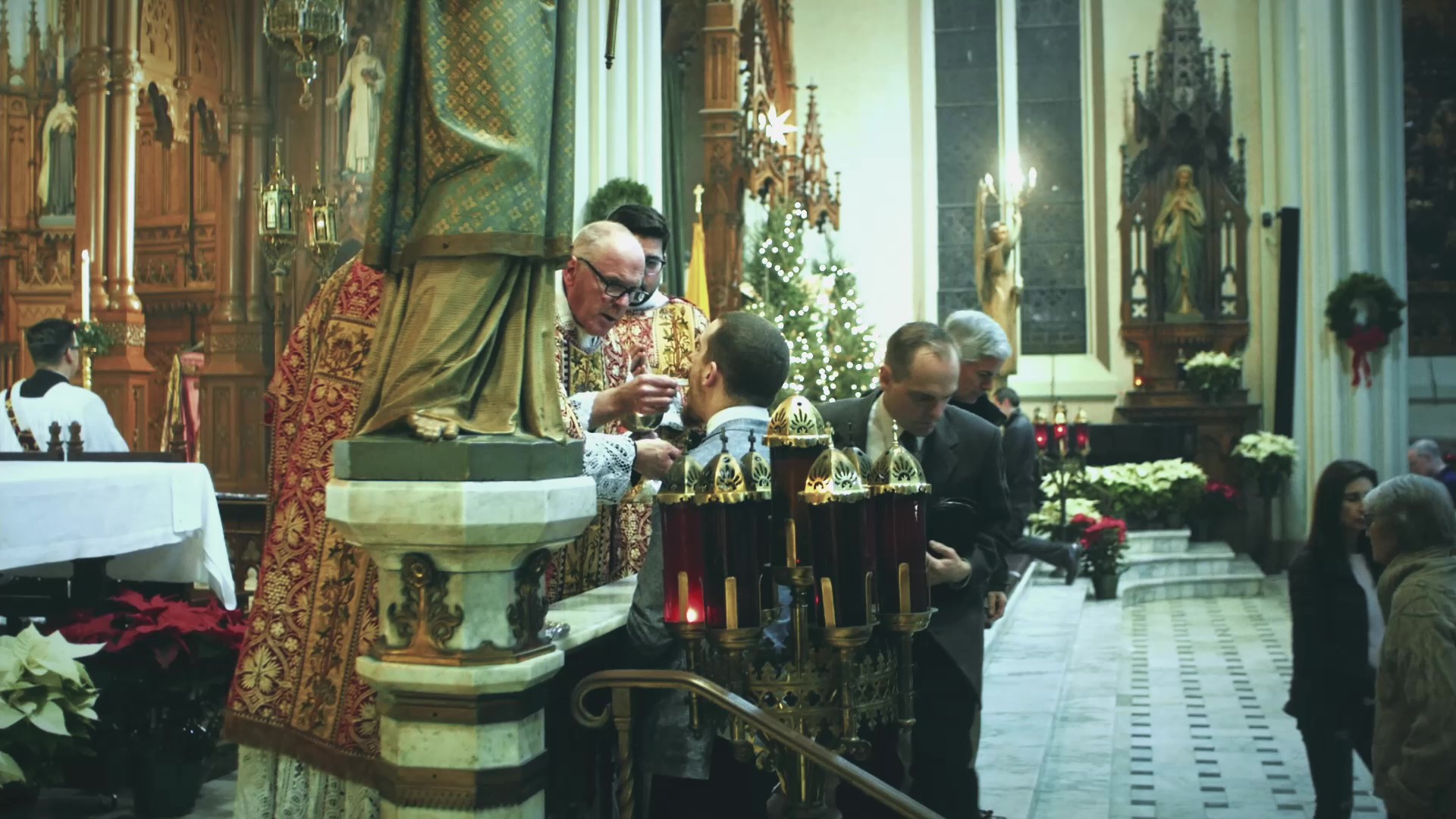 On Wednesday, August 4th, a new video by Cleveland TLM Friends was released on YouTube.

The title of the video is Unfailing Mine: Cleveland’s Traditional Latin Mass, and is taken from the words of Father Nikolas Gihr, who wrote a two volume set on the Holy Sacrifice of the Mass back at the turn of the twentieth century.

By calling the Holy Sacrifice an unfailing mine, Fr. Gihr sought to give an image of buried treasure, just waiting to be discovered by the searching eye. At the risk of stating the obvious, that perfectly describes Cleveland’s Traditional Latin Masses.

This is just a small sampling of the Traditional Latin Mass in the Diocese of Cleveland. Hopefully, God willing, this is the first installment of what will be a multi-part series giving viewers an inside look into Cleveland’s Latin Mass, it’s culture and those involved in it.

“This glorious rite of the Sacrifice of the Mass is an unfailing mine of religious instruction and edification; it is like an immensely rich mine, where always new veins of gold are disclosed to the searching look. Even if we were to devote our entire life to considering in our mediations and prayers the mystical liturgy of the Mass, there would still remain for our heart and mind new treasures; still new riches would reveal themselves and new beauties would be disclosed. And yet, though it is so deep as to prove inexhaustible to even the greatest contemplative saint, it is, at the same time, so clear and easy of comprehension that the most artless child as well as the most simple of the faithful finds therein light, strength and nourishment for his religious life.”

Cleveland, indeed the whole world, has experienced a demonstrative growth of the Catholic Faith specifically through the Traditional Latin Mass. In a time of liturgical cancellations, Latin Masses are being added. Priests, religious and the laity have all experienced similar renewals of Faith and devotion. They have discovered the riches! There are currently ten parishes in Cleveland offering the Latin Mass regularly. Unfortunately, the message from the highest levels of Christ’s Church is against the TLM and its adherents — Faithful Catholics. This short film features footage from four of the ten parishes: Immaculate Conception, Cleveland St. Elizabeth of Hungary, Cleveland St. Rocco, Cleveland St. Stephen, Cleveland Special thanks to: Joseph Cole John-Paul Volkenant Jr. Doug Eiben Robert Astronkas III Laurence Volkenant Victimae Paschali was recorded live on Easter Sunday 2021, at Historic St. Rocco Church, and it was chanted by the parish’s Latin Mass Schola.

Go over to Cleveland TLM Friends’ YouTube channel and hit the LIKE button, and subscribe and click the bell to get notified when new videos are posted. You won’t have to wait for a blog post. Liking, commenting, subscribing and sharing content is how it gets the chance to rank higher and be seen by more people. We should do that for all the Catholic apostolates trying to do good in a corrupt market.

By the way, in case you didn’t know yet, the Latin Mass is not being affected at this time here in Cleveland. Praise be to God. Click the link for the few details we have.

More images of Cleveland’s Traditional Latin Masses can be found on the Moments page.

If you are on social media, give us a follow.

the formatting of this post was optimized for mobile devices