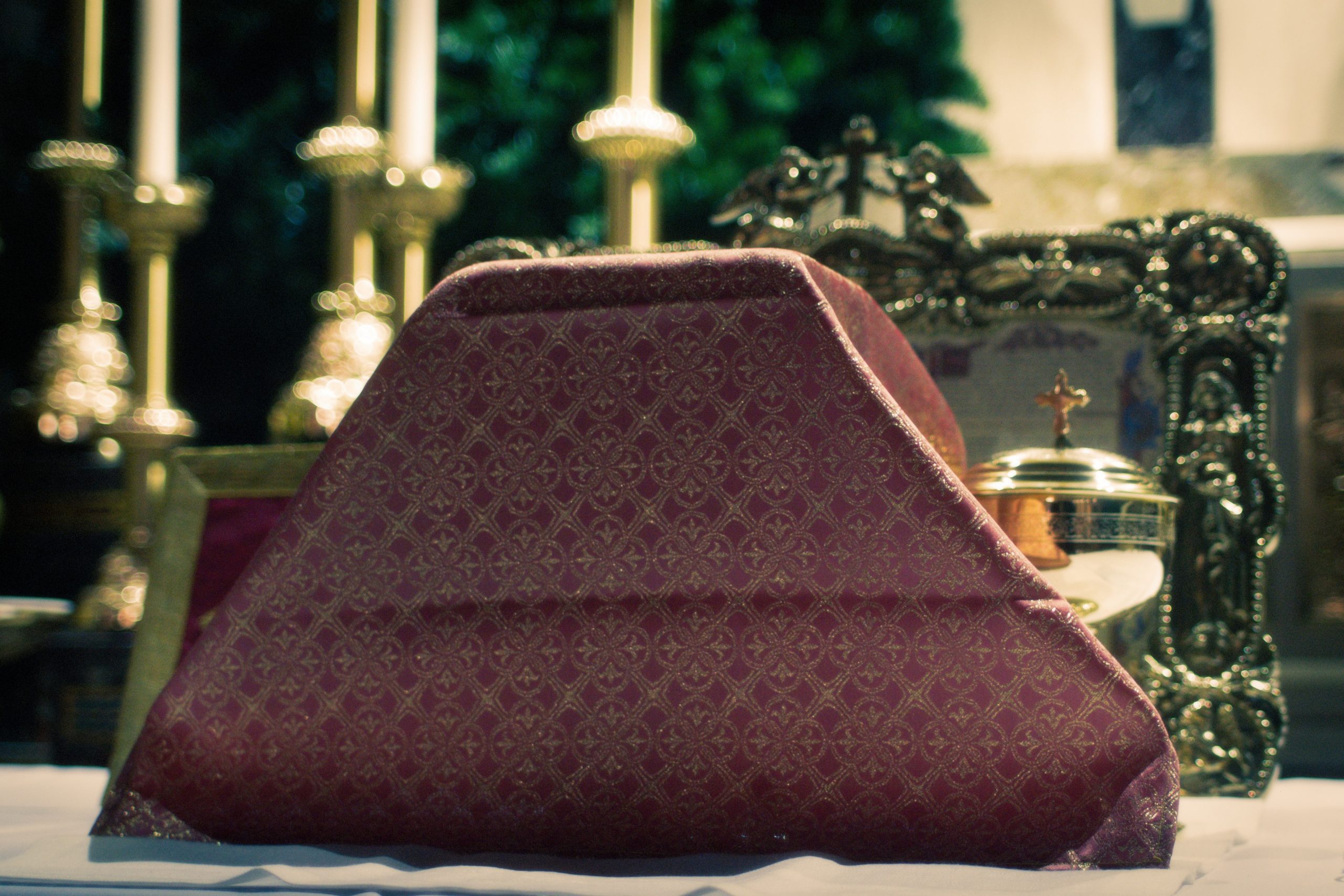 [vc_row][vc_column width=”2/3″][vc_column_text]If you haven’t been made aware, there is an update on the situation in our diocese regarding the implementation of Traditionis Custodes, the motu proprio of Pope Francis targeting the Latin Mass for eventual elimination.

The only information made public so far is that we can expect an eventual reduction or consolidation of Traditional Latin Masses in the Diocese of Cleveland. The number 3 is being thrown around, that is, a reduction of the 10 parishes currently offering regularly scheduled Latin Masses down to 3 parishes. It is important to note, that, unlike reports on social media indicating a decision has been made by Bishop Malesic to roll back the TLM to 3 parishes, there is no decision on the issue as of right now, at the time of this posting. The priests who offer the TLM here in Cleveland are to come up with some sort of proposal for the bishop to be delivered to him around Easter of 2022. In all likelihood, we shouldn’t expect a decision right then and there. It will probably take some time after that proposal to arrive at a decision. But let there be no doubt that the intention right now is to reduce the number of places where the Latin Mass is celebrated.

December will be the time for making accurate Mass counts of all of the Latin Masses in the Diocese of Cleveland. In January, the priests will meet to talk about the process for deciding which parishes will continue to offer the TLM. I would anticipate that in February the faithful would be invited to participate in this process in some way. Final recommendations (of which there may be none) will be submitted to the Bishop sometime after Easter.

The diocese is looking at attendance at Latin Masses. Heads will be counted at all Latin Masses during the month of December. And this isn’t just for Sunday Masses; daily Masses are included.

At this point, please do not write or call the bishop or the diocese. Many, many letters were sent to him before on this matter. There’s no doubt that we exist and that we love our Latin Masses, our Latin Mass priests and the parishes that offer it.

The Faithful may be able to give some input into the process sometime in February.

Finally, as Fr. Brown noted, it may be that no recommendations are made by the priests. In this case, the bishop would just decide on his own.

To re-cap: there is no decision right now to roll back the TLM to 3 parishes; it’s simply an example recommendation; the priests who say the TLM are tasked with arriving at a recommendation to give the bishop around Easter; that recommendation can be anything; heads will be counted at all TLM’s in December; the faithful may be involved in the process sometime in February; at this time, do not write or call the diocese.[/vc_column_text][/vc_column][vc_column width=”1/3″][/vc_column][/vc_row]

6 thoughts on “Update on the Situation in Our Diocese”